I’m working on a zombie short story for an anthology edited by Joe McKinney and ran across two fascinating books which harmonized perfectly with the background and story involving 19th c. grave robbers.
I already had part of the story completed and decided to hunt around the Internet for some interesting facts (did you know that to foil grave robbers iron contraptions called mort safes were used?) and I ran across these two books which happily arrived today from Amazon. I love research and the richness it can add to a piece. I just read that for a time, executed criminals were often used for dissection and became a part of their punishment. When that law was changed, the poverty stricken could contemplate where they’d end up. Now that’s horrific–and imagine (in a time before people willingly donated their organs) how terrifying that thought must have been to them. 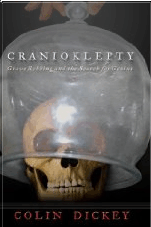 And now available at Amazon